Noida Film City: â€œThe beginning must be done and I propose to create an organization Indo Romanian Cultural Forum which will be the best start. We will proceed further with Romanian Day at ICMEIâ€ said His Excellency Mr. Radu Octavian DOBRE, Charge Dâ€™ Affaires, Embassy of Romania in India.

â€œThe best way to bring people of two nations is through promotion of art and culture. We are ready with the proposal and shall execute in no timeâ€ added Sandeep Marwah President ICMEI welcoming H.E. Dobre at Marwah Studio.

â€œForeign sights in Indian cinema is a pattern and Romania can be good choice for the sameâ€ suggested Ashok Tyagi Secretary General of ICMEI.

Sat Jan 9 , 2016
The Asian Alumni Association, treasure sharing the stories of our graduates who have made a difference. Ridhima Sud is a pass out of Asian Academy of Film and Television (AAFT). She has been associated with modeling and has bagged a role in a Hindi feature film, â€˜Dil Dhakadne Doâ€™. The […] 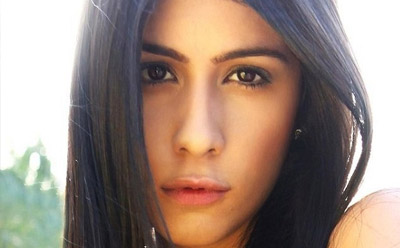