Gabor N. Forgacs (born October 6, 1969) is a Hungarian film director, producer, cinematographer, and he also serves as the chairman of Parabel Film studio. In a career of more than two decades, he is best known for film The butterflies, a culture shock psychodrama which was released in summer 2013, at the 35th Moscow International Film Festival.(ANA)

Sat Jan 9 , 2016
New Delhi: â€œInternational Chamber of Media And Entertainment Industry has opened a new chapter by joining hands with the Republic of Mozambique today. The purpose is to develop a new series of relations through art and culture,â€ said Sandeep Marwah President of ICMEI. â€œWe can grow together and can do […] 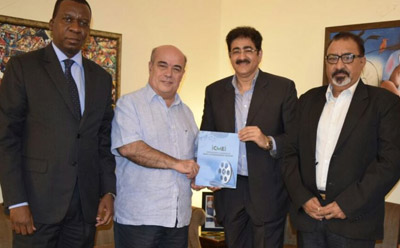