New Delhi: Ramjas Public Day boarding at the Kamani Auditorium organized a magnificent Silver Jubilee Year Celebration Function, aptly titled â€˜Pratibimbâ€™, on Thursday, 30th April 2015. The function was held to commemorate the completion of 24 glorious years of the institution and to usher the school into its 25th year. Ms Salma Ansari, spouse of the Honâ€™ble Vice President of India, Hamid Ansari, graced the occasion as the Chief Guest and Sandeep Marwah, eminent TV and media personality and five times World Record Holder in Media was the Guest of Honour.

All the staff members who had been with the school since its inception were felicitated at the event for their invaluable service to the school. A Silver Jubilee Calendar and a Newsletter were released to mark this occasion.

Next to follow was a cultural extravaganza by the students of the school who won the hearts of the audience.

Fri Jan 8 , 2016
Noida Film City: â€œIndia has great potential as far as tourist locations and development of manpower for the tourism and hospitality industry is concerned Itâ€™s a huge country and also can develop its own internal tourism,â€ said H.E. Thorir Ibsen Ambassador of Iceland to India with accreditation to Bangladesh, Malaysia, […] 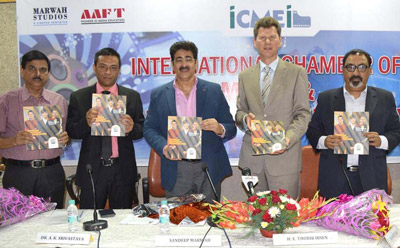