Sandeep Marwah has created a family of 15000 media professionals from 100 countries of the World. His association with 162 countries on art and culture basis made him a cultural ambassador of India.

The ARSP- Antar Rashtriya Sahayog Parishad was founded as a non-profit, non-governmental and non-political society in 1978, with an aim to keep close interaction with people all over the world. The founders were of the view that India must spread its concept of `Vasudhaiv Kutumbakamâ€™ (the world is one family)

Fri Jan 8 , 2016
Noida Film City: â€œOn Earth Day we need you to take a stand so that together, we can show the world a new direction. Itâ€™s our turn to lead. So our world leaders can follow by exampleâ€ said Sandeep Marwah President of Marwah Studios on the occasion of Mother Earth […] 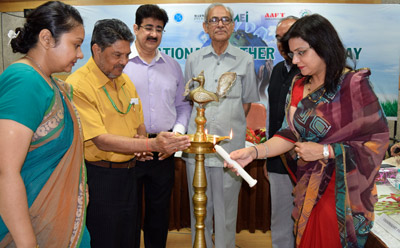