Noida Film City: â€œ Educated and experienced people can bring strength to the Chamberâ€™s activities. We need a planning commission which can study thirst areas of the industry and can guide the chamber to reach to its goals much faster,â€ said Sandeep Marwah President ICMEI nominating Dr. Yogesh Narayan as the Chairperson for the Planning Commission of ICMEI

â€œInternational Chamber of Media And Entertainment Industry is the most supportive industry today. It is adding to the overall growth of the nationâ€ said Dr. Yogendra Narain, IAS -a former Secretary-General, Rajya Sabha. 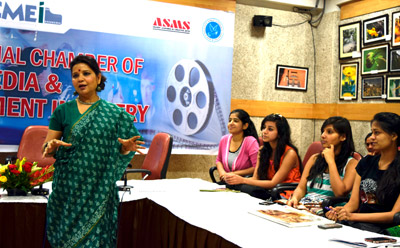