International Journalism Centre, a powerful body of journalist from all over the world constituted under the leadership of renowned media person Sandeep Marwah now brings back the 3rd edition of most exclusive festival of journalism from 12th to 14th February 2015.

The earlier two editions have already proved the need of such kind of international event where national and international topics can be discussed without any compulsion and force. It provides a platform to interact and exchange the thought process.

GFJN 2015 will take place at Noida Film City at Marwah Studios. The journalist and delegates from all over the World have confirmed a strong participation.

Wed Jan 6 , 2016
International Chamber of Media And Entertainment committee has many chapters now all over the World. Fashion is one of them. We will also undertake the promotion of fashion business under the chamber,â€ said Sandeep Marwah President of ICMEI and Marwah Studios at the launching of New Year Calendar by accessories […] 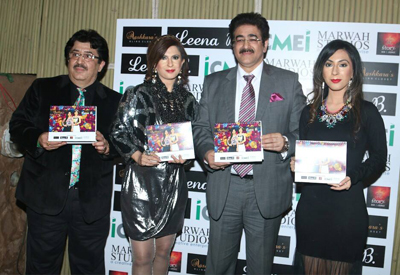