Noida Film City: â€œMarwah Studios, the first professional film studios of North India has been declared as the International Head Quarters of International Chamber of Media And Entertainment Industryâ€ informed Sandeep Marwah President of ICMEI on the visit of H.E. Jonathan Wutawunashe Ambassador of Zimbabwe in India.

â€œ I am impressed by the status and infrastructure of ICMEI. The chamber is working for World Cooperation through Art and Culture. This is the fastest way to bind the whole World,â€ said H.E. Jonathan Wutawunashe Ambassador of Zimbabwe in India.

â€œWe are ready to collaborate in all the best possible manner with ICMEI in all activitiesâ€ added Minister Councellor , Embassy of Zimbabwe.

Wed Jan 6 , 2016
Noida Film City: â€œWe are convinced with the super trailer of feature film Hey Bro! projected at AAFT that it is the real entertaining filmâ€ Sandeep Marwah said introducing the star cast of feature film Hey Bro on their visit to Marwah Studios. Choreographer of 1500 films and 8000 songs […] 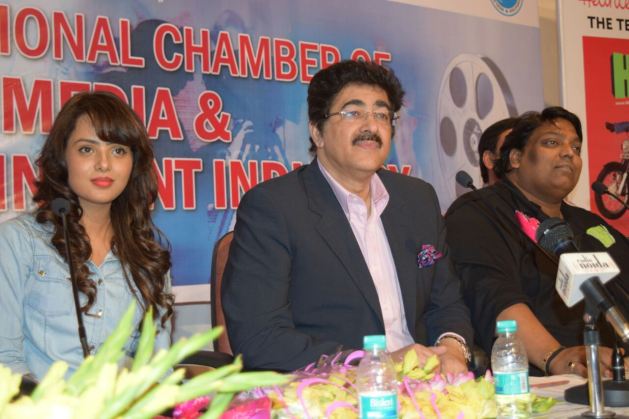