Art and culture can bring back love and affection between two countries India and Pakistan for sure. It makes you spiritual and more human.â€ said Sandeep Marwah President of Marwah Studios and ICMEI while talking to the High Commissioner of Pakistan in India.

Sandeep Marwah was representing the International Chamber of Media And Entertainment Industry the only of its kind in the World to bring the country of Pakistan on the board of ICMEI where the key purpose is to bring Global Cooperation through Art And Culture.

â€œWe are open to all cultural activities between two counties including Cinema. Converting ancestral house of Dilip Kumar into museum is an another gesture to pay gratitude to film star of Indian Film Industryâ€ said H.E. Abdul Basit High Commissioner, High Commission of Pakistan in India. 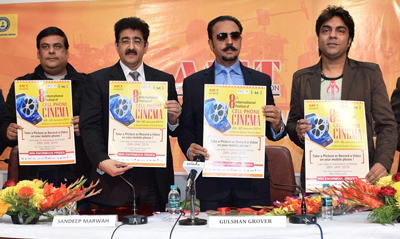 Bharat Mahotsav at Zurich by Confluence Won the Hearts

Paris is the Capital of Fashion- Sandeep Marwah