â€œWe are thankful to the members of film and television fraternity who all are always ready to share their experience with the young film makers from the platform of AAFT â€ thanked Sandeep Marwah President of Marwah Studios.

Later a music album- â€œGuptâ€ was released by Sandeep Marwah produced by Tips, directed by DJ Sheizwood and performed by Kashish Khan in the presence of large young audience.

Sandeep Marwah honored the entire guest including Sonu Thukral with the life membership of International Film And Television Club of AAFT. 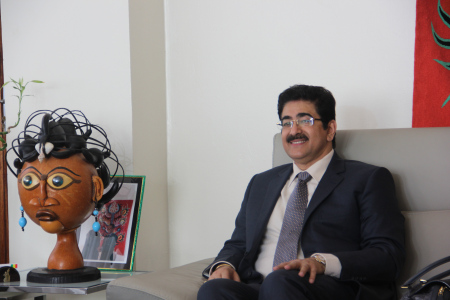