â€œI am surprised the GFFN is in no way less than any international festival including newsletter for all the three daysâ€ said Randhir Kapoor congratulating the team of journalists involved in it.

The department of Mass Communication and journalism is behind the show of journalism. Not only that it is a information provider but also gives a wonderful opportunity to young journalist to learn in tight schedules added Sandeep Marwah.

Some of the very important film and television personalities and large number of media persons were present there at the time of release.

Tue Jan 5 , 2016
We need to learn a lot from Mahatma Gandhi, simple living and high thinking. Many more films can be made on him, he is still the hero for many subjectsâ€ said Randhir Kapoor releasing the poster of Mahatma Gandhi Forum at Marwah Studios during the opening day of 7th Global […] 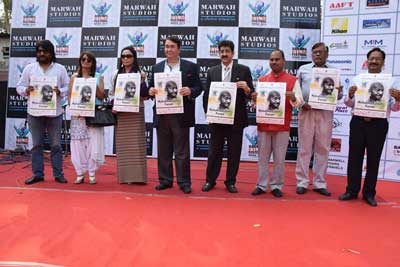