This time Aruna Vasudev was honored with Life Time Achievement award during the first day of 7th Global Film Festival Noida 2014 at a grand function at Marwah Studios.

A huge audience of more than thousand people appreciated the choice of the management. Indisputable are three of Arunaâ€™s most important accomplishments: she was the founder-president of NETPAC (the Network for the Promotion of Asian Cinema), the founder-editor of the Asian film quarterly Cinemaya, and the founder-director of the Asian cinema festival Cinefan. Sheâ€™s an author, critic, and programmer.

â€œIt is a great honor to present Life Time Achievement Award to Aruna Vasudev, she has been a source of inspiration for many. She is one of the first one to give shape to international film festivals in Delhiâ€ said Sandeep Marwah while handing over the award.

Tue Jan 5 , 2016
â€œIt has been a practice to amalgamate one of the four AAFT Festivals of Short Digital Films as a part of Global Film Festival Noida every year. This time 84th festival has been the part of GFFNâ€ informed Sandeep Marwah President Marwah Studios. â€œShort films are very important part of […] 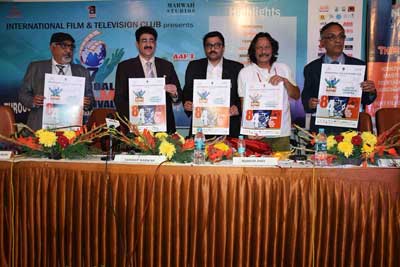