Speaking on the occasion the President of Godfrey Phillips India Limited K.K.Modi expressed his gratitude to the American Corporation who had helped him establishing his initial business especially a manufacturing unit producing nylon.

â€œIt was an excellent mix of business and personal networking opportunity for the members of IACC. Some wonderful ideas were generated during this get togetherâ€ said Sandeep Marwah Chairperson of Media & Entertainment Committee of IACC. Later Dr.Lalit Bhasin President IACC paid vote of thanks to each and every one present there and contributed towards the success of the nite.

Tue Jan 5 , 2016
â€œIt is very interesting to listen to British people when they speak Hindi language. It touches heart directly and is a very convincing languageâ€ said Sandeep Marwah President of Marwah Studios talking to a group of people from England learning Hindi at UK at Noida Film City. A small group […] 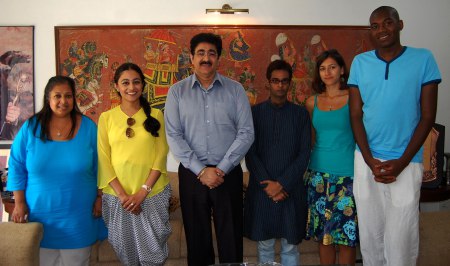