The first ever Chamber of Commerce for Entertainment And Media Industry will be lunched from the platform of 7th Global Film Festival Noida 2014 has been announced by Sandeep Marwah President of GFFN today at the press conference.

Under the name and banner of â€œInternational Chamber for Media And Entertainment Industryâ€ will be the first ever Chamber of Commerce in the World to represent only media and entertainment industry of the World.

The Chamber is being launched to promote and develop relations and business between all those countries who are looking to be in touch with Indian Film, television, media, music, education and other allied associations.

The chamber has carved out departments like Print, Radio, Television, Cinema, New Media, Events, Music, Media Education and as other required with time.

Wed Jan 6 , 2016
â€œIt was exact last year in November during 6th Global Film Festival when Marwah Studios TV was launched with great pomp and show before the august audience of this international eventâ€ recollected Sandeep Marwah President of 7th GFFN. In a span of one year Marwah Studios TV has done a […] 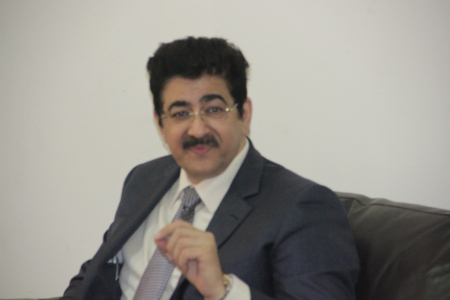