â€œThese huge and large preparations speaks about the passion of Sandeep Marwah towards cinema, I congratulate his team to bring in such a massive enthusiasm into film festivalsâ€ said Randhir Kapoor renowned Producer, director, actor and President of R.K.Studios on the inauguration of 7th Global Film Festival Noida 2014.

â€œCinema can only be appreciated when there are going to be better scripts. The new generation has to think deep to dig out subjects out of this World.,â€ added Randhir Kapoor.

â€œI am amazed by the size of Indian Film Industry, today which is represented by the grandeur of 7th GFFN. We will work together in cinemaâ€ thanked H.E. Szilveszter Bus Ambassador of Hungary in India. â€œ

The excitement and the energy in this festival is unbelievable, I am feeling proud to be part of itâ€ said Pallavi Joshi an award winning actress from Mumbai.

â€œI am happy to share dice with giants of Indian film industry, thanks to 7th GFFN for showcasing my film as the opening film of the festivalâ€ said Vivek Agnihotri.

Bhutan film industry is indebted to Sandeep Marwah for creating filmmakers from AAFT, I am representing my fraternity to pay gratitudeâ€ said Kinley Pelden renowned actor, producer and member of the Bhutan Film Producers Association.

The inauguration was attended by large number of film makers, film and TV artists, film technicians, film students and film lovers from all parts of the World.

Tue Jan 5 , 2016
One of the most active organizations of Marwah Studios-AVM-Asian Event Management is taking care of the international event 7th Global Film Festival Noida 2014. â€œThe preparations started three months back when date and venue of 7th GFFN was announced by the organizing committee. â€Right from the conceiving of Logo to […] 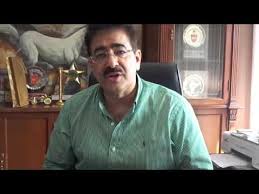