Hungary: â€œIt is a great pleasure to see the posters of your own films in this part of the world highlighting 100 years of Indian Cinema. I am elevated and impressed by the festival organizers to include all this as a part of main eventâ€ said Sandeep Marwah President of Marwah Studios and Chief Guest of the Jameson Cinefest-11th Miskolc International Film Festival, Hungary while inaugurating the poster exhibition of Indian cinema.

â€œWe have achieved a lot in cinema, it is the time we must showcase our talent through these festivals all over the Worldâ€ said H.E. Malay Mishra Indian Ambassador to Hungary.

Large number of important dignitaries, film critics, filmmakers, jury members and film lovers were present at the inauguration of exhibition.

Tue Jan 5 , 2016
Miskolc â€œIndia is the largest film producing country in the World and we have an international personality Sandeep Marwah from India as a special guest on this auspicious dayâ€ welcomed Tibor Biro the festival director of Jameson Miskolc International Film Festival at the Grand City Hall at Miskolc. The Indian […] 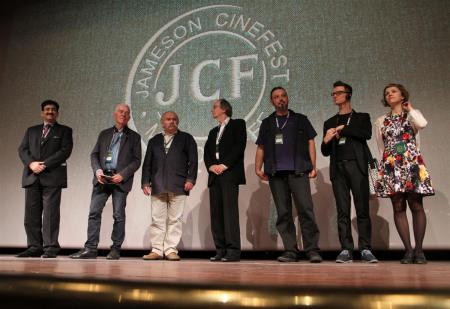