A grand function at the prestigious auditorium of city Miskolc saw the opening of 11th Miskolc International Film Festival by Dr. Peter Hoppal the state secretary for culture, Ministry of Human Resources, Government of Hungary. Some of the important persons including Tamas Kollarik Member of the Media Council, Agnes Havas, General Manager Hungarian National Film Found, Edit Osko of World Wings were also present there.

â€œWe welcome once again the cinema lovers from all over the World to have another experience in cinema at Miskolc during this 11th International film festivalâ€ addressed Tibor Biro the festival director to the jam-packed hall with cinema audience.

â€œFilms are the ambassadors of culture of any country and film festivals are the best way to showcase that culture,â€ said Sandeep Marwah President of Marwah Studios representing India in the festival.

Tue Jan 5 , 2016
ll the jury members from all over the World gathered at Miskolc to celebrate the 11th Miskolc International Film Festival at Hungary. This festival has emerged as one of the biggest and important film festivals of the Europe. Some of the well known names of World cinema including Alfredo Mayo […] 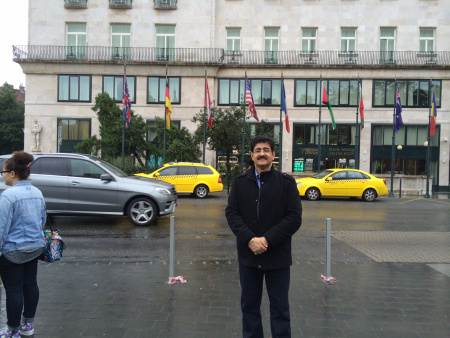