New Delhi: â€œMedia is always been the fourth pillar of democracy. Journalists must understand their responsibility and the impact of every news on the minds of the countrymen and the growth of the nation. Positive attitude can bring more prosperity and energy into the systemâ€ said Nihal Chand Minister of State Ministry of Panchayat Raj, Government of India at the 10th Award function of Media Federation of India at FICCI.

â€œLove towards your profession, sincerity and dedication can only takes you to the level where you are awarded for your efforts. I congratulate all those journalists who have earned this prestigious award for their untiring efforts,â€ said Sandeep Marwah President of Marwah Studio while handing over the awards to journalists.

Media federation of India was established in the year 2006. Since then the federation has constantly been taking up the issues related to welfare of journalists before state/central governments and other forums. Federation has a large network of our member journalists in more than 15 states of the country, ranging from Jammu & Kashmir to Tamilnadu.

Mon Mar 14 , 2016
Noida: â€œIt is always a pleasure to work in a environment where women are equally contributing to the progress of any individual organization or for the development of the countryâ€ said Sandeep Marwah President of Marwah Studio and Ambassador of IHRO affiliated to United Nations on the occasion of International […] 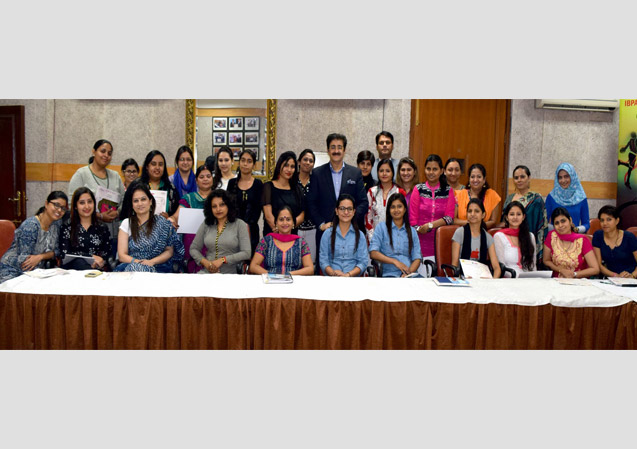