New Delhi; 10thÂ Global Film Festival Noida 2017 is supported by large number of International organizations for the cause of bringing love, Peace and Unity through art and culture, which is the main purpose of the festival.

â€œWe are more than happy that international organizations and their members from all over the World are with us for a good cause of spreading Love Peace and Unity through Art and Culture. I am sure one day we will attract and involve the whole World with this festival,â€ said Sandeep Marwah President of the festival.

Fri Nov 10 , 2017
New Delhi: Global Film Festival Noida, which was launched, as a replacement of IFFI is ready with its 10thÂ edition with almost 52 events in three days. The third day has been announced as Hindi Cinema Samman Samaroh at Vigyan Bhawan. Large number of personalities including Shatrugan Sinha, Jackie Shroff, Mohit […] 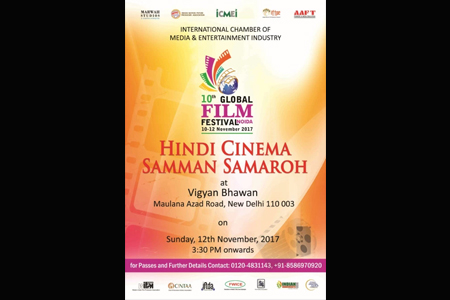